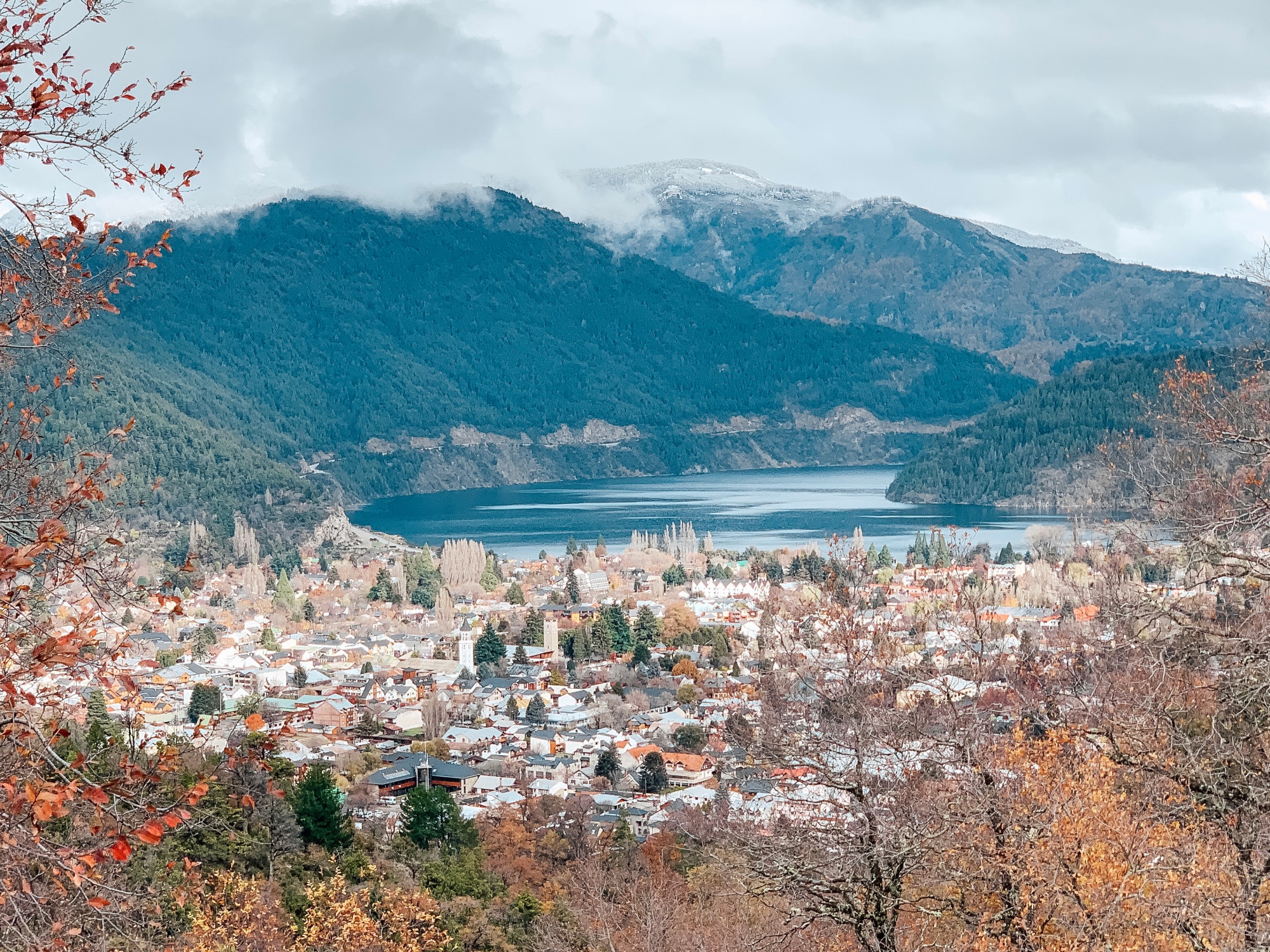 This past weekend, Sarah and I needed to make one final border run because Lemmy’s temporary import permit (TIP) was expiring. One place that was within driving distance that we still wanted to visit was San Martin de los Andes. This town, which was about 5 hours away from Temuco, is known as the little brother of San Carlos de Bariloche – so we expected another town on the water, with some hiking/mountains near and hopefully a good amount of chocolate shops.

As we have indicated, Chile’s weather has shifted towards winter, with a good amount of rain taking place. Depending on where you are – that rain can be snow. Because of this, Sarah and I needed to do some research on how we wanted to cross the border to Argentina (there are three possible routes to take to San Martin de los Andes).

Based on a recommendation from Arturo (who we had dinner with last week), we took Paso Hua Hum. This pass is the lowest elevation of the three, and would be the best chance to be open on the dates that we needed to travel (we couldn’t really afford any delays because we needed to renew the TIP). This route took us near Huilo-Huilo, and then had us take a car ferry over Lake Pirihueico so that we could reach the border crossing. The car ferry was about 90 minutes and provided some pretty great views of the surrounding area. While this route took us about 7 hours (2 hours longer than the shortest route), we thought the boat experience, views, and overall confidence of making the border crossing was well worth it.

After arriving in San Martin de los Andes, we checked into our cabin and then walked around town. The town was as advertised. It had lots of small shops (including chocolate) and was in a valley with mountains on both sides and then a lake at the edge of town. Our cabin was situated just on the opposite end of town from the lake, so it made us walk a bit to get to the action. Otherwise, our place was great and provided everything that we needed – we did grocery shopping for supplies and firewood so that we could stay in and get some work done as well as explore the town.

Throughout the weekend, it was pretty cold. Highs were in the mid-40’s, so we definitely kept the fire going when we were just staying in the cabin. Again, the point of the weekend was to get Lemmy across the border and back, so other than that – we didn’t make many plans. I was able to golf one day, which is always nice (even though it was very cold). And Sarah and I explored a couple look-outs outside of town.

However, our most fun activity was hiking up to the Mirador Arrayan – which was about an hour walk pretty much straight up a hill to a viewpoint that was overlooking the  adjacent lake and town. After looking at the mirador a bit, we hiked a little farther to a teahouse (Casa de Té Arrayan) to enjoy a late lunch/early dinner. They had a great deal for a “three-story tea tower” which is apparently a thing (I’m not an expert at visiting tea houses). Bottom layer was sandwiches, second layer was scones and other pastries, and top layer was cake. It was so much food that we took a bunch back as leftovers to indulge the rest of the weekend. The views from the tea house were great – and it was just an overall relaxing experience (well, when not hiking up the hill).

Overall, it was a nice little trip to San Martin de los Andes – it provided some rest and relaxation, exploration, great views, too much cake, lots of firewood, and a necessary completed check-list item for Lemmy.

When we got back later on Sunday, we FaceTimed with both our families for Father’s Day. We hit the realization that we’ll be back stateside in less than two weeks. It’s crazy to think that this upcoming week is our last “full” week at the Foundation. It’s going to be a very busy week – but we’re excited to finish strong!

#tbt I always wanted a pup growing up. Just took a little longer than expected.
Sleepy @lottie.the.pembroke. A short story. Swipe 👉🏻. In other news, it may be time to upgrade to an @orvis pup bed.
LET’S GO. Our puppy beer @lottie.the.pembroke is getting released this weekend at District Brew Yards. Get it before @sarahkellykennedy and I buy it ALL.
%d bloggers like this: