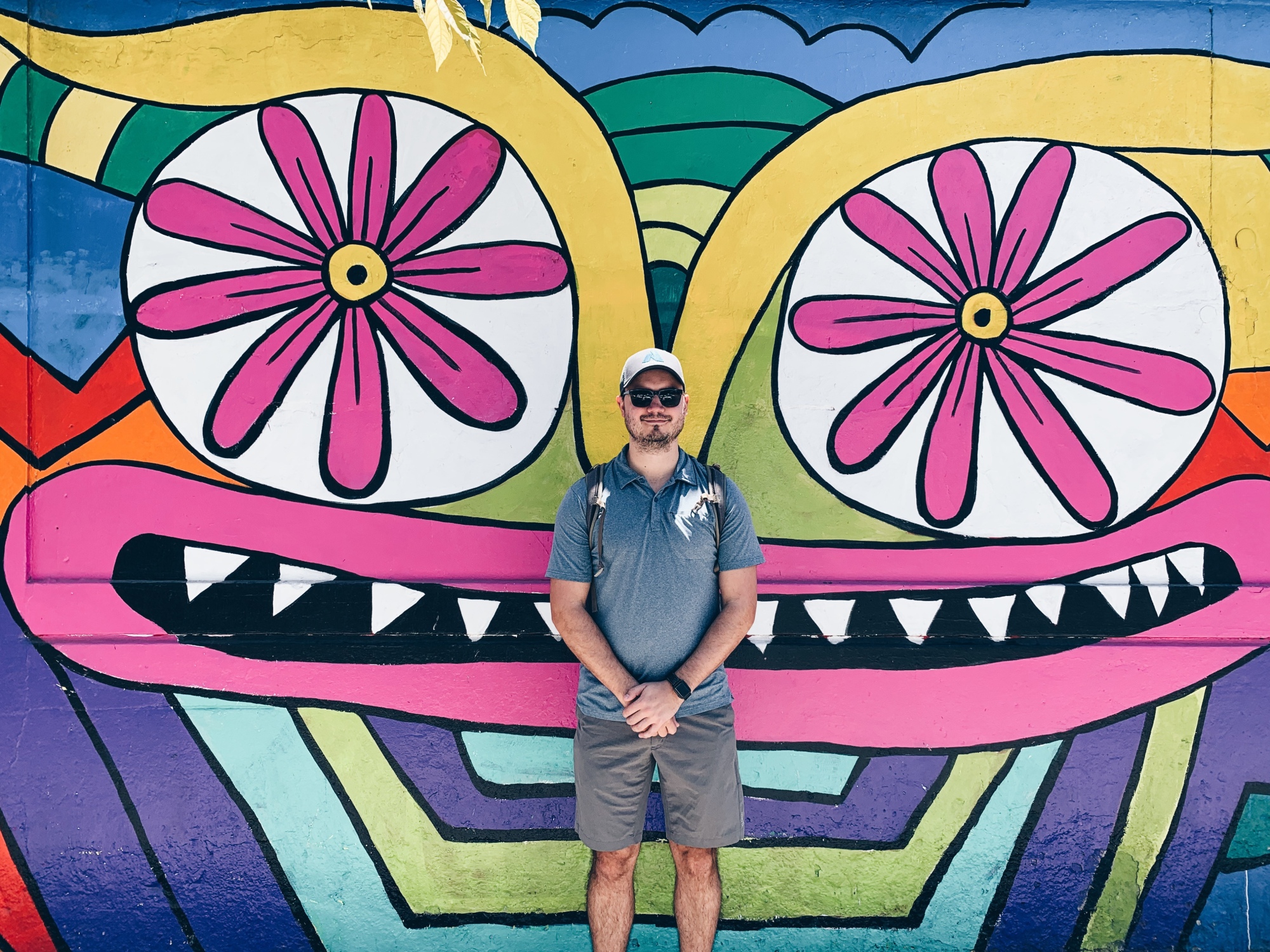 Just a note on how we’ll operate this blog. Each title will consist of “Day X” – that will be the day that the blog is created and/or the “ending point” in terms of timeline content. For example, you’ll notice that we don’t have a post titled “Day 1”, instead, this “Day 2” post incapsulates both days 1 and 2. By no means do we plan on blogging about every single day, and I’m guessing our initial posts will be a bit longer as we figure out how this blog will ultimately come together.

We had an overnight flight from DFW to Santiago, so we landed on Saturday, December 29th (or as we refer to as “Day 1”). I didn’t sleep well on the flight, so I wanted to take a nap once we arrived at the hotel. I think Sarah was a bit disappointed in this because she was ready to get out and explore (she also slept very well on the flight, haha). On most of our international travels, it’s “go, go, go” because we have limited time to see everything. But we quickly realized that it was Day 1 of 180 days and that it was a marathon and not a sprint. We already felt like we’d need to adjust to this more casual style or we’d burn ourselves out too quickly. (Spoiler alert: besides this nap, we burnt ourselves out the first couple days haha).

One of our favorite things to do is to find a “free” walking tour in the city that we travel. We found one through Tours4Tips, in which it was a 3-hour tour of the highlights of Santiago and you only pay “tips” based on the experience (we always have great experiences on these). This tour was great. While we expected it to be really hitting a bunch of sites and the guide telling us about everything; instead, it felt more casual of a walk and the sites were more of an afterthought. He would tell us the basics but then it felt like we just had a friend who was talking about his city and his thoughts about it, both historical and present.

The tour ended in the 3-block neighborhood of Lastarria and Sarah and I grabbed some ice cream before heading back to the hotel prior to dinner. During the walking tour, they had us take the metro (and helped get us a metro pass card, etc.) and so we took the metro back to our hotel from Lastarria. The metro is pretty simple and efficient in Santiago. Each ride costs about $700 Chilean Pesos (around $1 USD), so a pretty good bargain as well.

We went back to the hotel, showered and got ready to head out to a fancy dinner at Boragó (currently ranked #27 Restaurant in the World). Sarah and I agreed that this would be our mutual Christmas presents to each other – so we were excited for the experience. More on that in a bit.

But first, we had plans to meet up with Hillary Darragh (WMP colleague) and her parents since they were in Santiago at the same time as we were. We met at an outdoor restaurant (which was surrounded by Parque Bicentenario) for a drink and even though it was just Day 1, we were excited to see a friendly face. It great catching up for a bit, and then funny because we had previously found out that they also were headed to the same restaurant as us but were better planners and had earlier reservations. Sarah and I took a lap around the park, had one more drink and then walked to the restaurant about an hour later.

We arrived at the restaurant, and on our way to be seated, we high-fived the Darragh’s and then settled into our spot for the next 2.5 hours for the meal. Simply put, it was fantastic. The service was great, the food was incredibly unique, and every dish brought out new flavors that we’ve never experienced before. Our favorites were the lamb and then the desserts. The kicker on the meal was the final dessert plate that basically had dry ice in it and was supposed to exit out of your nose/mouth when eaten. Our first ones were “duds” in their eyes and the waiter went back to the kitchen to grab two more. Success on try #2.

Getting out of bed on Day 2 was the worst. Even though it was just a 3-hour difference, we were exhausted, and since we didn’t go to bed until about 1:30 a.m. the night before, the 8 a.m. alarm was vicious as we had scheduled a 9:30 a.m. bike tour (yes, we are tourists, we know). We dragged ourselves out of bed and made it to the tour and enjoyed some biking around the city. Another tour, another success. This tour focused less on the “highlights” and more explored some fun neighborhoods (e.g., Bella Vista) and the Mercado Vega (which was crazy!).

After the tour, we planned to walk around the town and enter many of the museums (most of which are free) since they would be closed the next two days (always closed on Mondays, and then Tuesday was New Year’s Day, in which the whole city basically shuts down). We visited the National Museum of Fine Arts, the Natural History Museum, and the Museum of Memory and Human Rights.

While the first couple were nice, the Museum of Memory and Human Rights was the most educational and impactful. It discussed the Pinochet timeline in Chile and all the lives it impacted. Sarah and I got the English translation audio guides and spent about 2 hours going through each of the exhibits and listening to all of the audio. There is one room within the museum that overlooks a wall of those that lost their lives or disappeared during the dictatorship. When we went into room, there was an older woman paying her respects, you could tell she was very emotional and it was just a stark reminder about how recent all of these events took place.

On a lighter note, and in between museum hopping, we were getting hungry and decided to knock out two Chilean classics: empanadas and completos. Most people know what empanadas are, but they are a bit bigger in Chile (which is great). However, what we were really looking forward to were the completos, which are hot dogs with various different toppings. The completo italiano, which is a hot dog with mayo, tomatoes, and avocado (white, red, green—Italian flag colors), is the most famous, so we went for it. Immediate reaction was that the cold toppings on top of the warm hotdog didn’t mesh with me. I enjoyed the flavor, and I’m sure I’ll test out others, but I give it a 5 out of 10. The empanada on the other hand was a solid 8 out of 10.

As we neared dinner time (some time had passed between our Chilean food grazing, I swear we aren’t just eating non-stop), we went back to Lastarria to try out a restaurant that was on NY Times 36 Hours in Santiago called Bocanariz. We didn’t have reservations, but they were able to get us in right at 7 p.m. when they opened, and we enjoyed a wine pairing and some tapas/entrees.

We went back to the hotel after dinner as it was a long day of the biking tour and walking around the neighborhoods and museums. That coupled with my hopes/desires to see if the Colts game would be on in our hotel (which I may or may not have emailed a week in advance to see if they got the game, in which they told me they would). Much to my delight, there it was. Channel 48 in the hotel room. Sarah and I got ready for bed and I put on the game and it was glorious (primarily because they won and therefore advanced to the playoffs). Go Colts.